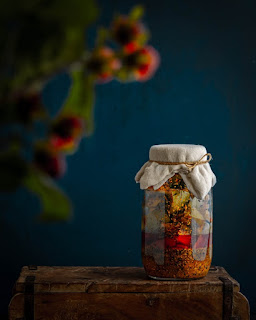 I lived in an all girls hostel in the outskirts of the National Capital Region. Most of the girls studying with me came from small, quiet, reserved towns. To many of these girls college gave an independence they had not experienced before. Many of them had not talked to men outside their family before, while others did not even have the freedom to move about town alone without the presence of a male family member or a group of girlfriends, even if it was to attend school.

Coming from a defence environment, surrounded by free thinking, open-minded friends, this was something strange to me. In my naivety, I did not realise that there was a world so different and opposite from the one I had grown up in. It was a complete culture shock.

One evening, while we all sat in front of the telly to watch mindless soap operas and dance shows, something strange happened. Up came an ad for a well-known sanitary napkin brand and to my surprise, there was a sudden hunt for the TV remote to change the channel. As I slowly discovered, this aversion to the topic of menstruation was a lot deeper. As my band of girls gossiped in my room, the discussion slowly steered towards our monthly visits from a certain friend. I was amazed to learn that in certain families girls were not allowed to enter the kitchen, cook or visit the temple and pray during their periods. Stranger even were the ideas that one was not to touch pickles and sacred plants or wash their hair during this time.
Over the next few months, I observed more and more strange notions with this regards. These backward and scary traditions were so widespread that friends from across the country had some version of these rules in their households that they had heard of and were made to follow. These girls were conditioned from a young age, by the women in their family no less, that while menstruating they were dirty, impure and unclean. If that were not humiliating enough, there were some families that segregated menstruating girls and kept them in a separate room in the house while removing the mattresses from the bed or making them sleep on the floor. To my utter astonishment, such practices were not restricted to uneducated or rural families, but were prevalent in well-to-do urban ones too. To top it all, nobody talked about periods openly. Funny words like "chums" and "date" were used to describe it.

What I find most ironic in this whole situation though was that although it was not to be talked about, it is fine not just for the entire family, but even the house helps and neighbours to know that it is THAT time of the month by this discriminatory treatment meted out to girls.

By making the menstruation, the process of shedding one's uterine lining to prepare the body for pregnancy each month, a taboo to discuss or even experience, our society has made a large part of the preparation for motherhood traumatising. On the one hand we ostracise those who will bear the next generation for us, and on the other, we desire this next generation so strongly that we shun and look down on women who are unable to conceive children right after marriage.
It is a sacred, magnificent thing, a woman's power to give and nurture life. It is something to marvel at, not hide. Something natural, not one that makes us sick, impure or untouchable.

I commend Whisper's campaign to bust the myths surrounding menstruation that engulf our society with their "Touch the Pickle" campaign. It is time we teach our daughters that menstruation is a perfectly normal physical process that all women experience. Teach them the the science behind it and the proper way to care for themselves through it. It nothing to hide or be ashamed of. Shunning or segregation during periods is in no way acceptable. It is time we talk about it without a shudder. It is time we teach our society to deal with it!

Popular posts from this blog

Kanyadaan - Giving away a daughter 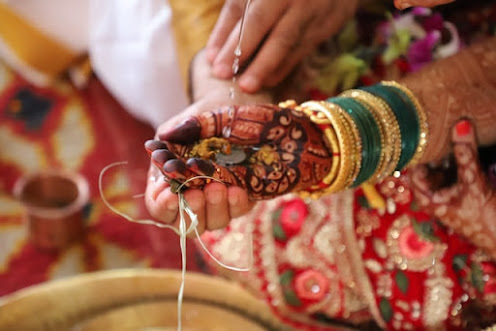 "Kanyadaan" literally translating to "donating a girl or maiden" is an integral part of the Indian marriage ceremony. It is the handing over of the rights and duties of a girl by her parents to the groom and his family. Wikipedia describes it as the "gift of a maiden or a virgin". It is a highly valued custom. One through which the parents of the bride are believed to be relieved of their worldly sins. As per Indian customs, the groom is a form of Lord Vishnu, and thus, presenting him with their most cherished gift is seen as a matter of great honour for the bride's parents. (Of course, one can hardly miss the irony, looking at the number of cases of female infanticide this country has!) Actually, in almost all cultures, giving away of the bride by the father is an intrinsic part of a wedding. Although, I would like to naively believe it has originated from the special bond that all daughters have with their parents, especially fathers, I know it has
Read more

I Will Speak Out For A World Safe For My Daughter

March 05, 2015
Stuck in a traffic jam on my way to work today, I looked into the rear-view window of the car to find a man sheepishly smile as he caught my eye and then slyly winking at me his smile slowly grew into a grin. As my blood began to boil, I looked into the mirror again to find him staring back at me, proud of his deed, confident that I could do nothing to him. The fact is, I could not get myself to get out the car to say a word to him. Although my brain had many scenarios of what I can do to give the guy a piece of my mind, I did not have the courage for any of it. I tried to justify my lack of reaction to myself without much success for through all the reasons I gave myself, I knew perfectly well the only person I was trying to fool was me. I said so many things to him under my breath, kept thinking of all the words I wanted to use at him, how much I wanted him to feel ashamed of how he made me feel. In the same instant, somehow I wanted him to learn compassion and understand that w
Read more

Aditi
Writer | Traveller | Bookworm | Dog Mom A dreamer and a storyteller, who refuses to be bogged down by day-to-day life, and hopes to spend all her time with her dogs and a few good books..